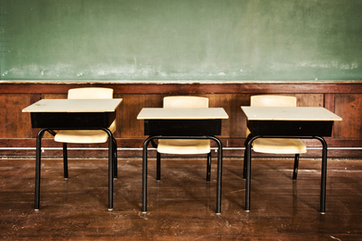 It is safe to say that a majority of my high school career was swallowed up in the adolescent proclivities of fads and romance. My understanding of academics took a dramatic turn about two years after my high school graduation, when wandering a field late at night, not so far from my college dormitory. My own words seem helpless in capturing what it is that I saw that night. It seems more appropriate for me to recite an ancient Hebraic word for “fear”. Phonetically pronounced   “yir-ah” ( יראה), in the Hebrew “fear” is better translated as “awe”, that is, “in awe of”.

Awe, when all else fails to capture what is seen. Awe, as in, “to marvel at”.  While to some the stars occupy a more perdue lot amidst the brawl of the City’s go-getters, to me, at least for a moment anyway, the stars had enough power to rivet both me and all of human history to some minute corner of the infinite mystery Carl Sagan calls the Cosmos. For that moment, I was made aware of the impending force with which mystery penetrates the epistemological journey of the human psyche. It wasn’t a matter of disillusionment. It was an awakening to the breathtaking opportunity immediate to myself and every other student of the Humanities. It was an awakening to the brilliant position of the human mind, while oriented toward the daunting horizon of mystery, simultaneously oriented toward a single question: Why.

I realize now that such a question could only be answered if, for at least one moment, I could bring my students into contact with the mystery looming behind reality’s commonplace. It seems an imperative to me, since discovery is predicated on the question which prompts it. 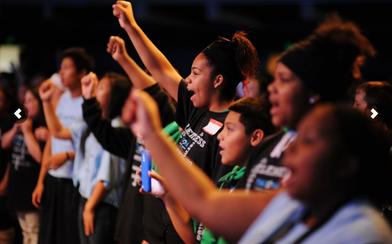 My expectation for self-empowerment among students is equaled only by my demand to provide the most engaging academic environment possible, one in which the process of learning is a regenerative process of academic discovery. The philosopher John Dewey describes the educational experience as a “reconstructive” process, a process of continued elevation of the mind, from prior knowledge to new questions (Hansen, 2007). Like Dewey, I cannot expect students to understand this world unless I first posit for them the need and desire to understand it. Such a need can only come when, as the poet Michael Palmer writes, “question pursues question.”

The greatest thinkers of the modern world insisted on going further. By doing so, they provided some of the most influential works humanity has ever known: Karl Marx’s Capital, Sigmund Freud’s Interpretation of Dreams, Martin Heidegger’s Being and Time, to name but a few. To know that such works could only be done by some sedulous attention to self-discipline and unceasing questioning, also means that to be the best teacher is to cultivate both an awareness of the Mystery, as well as an unceasing quest to conquer it, all of this driven by my hope that my students will join its ranks as this society’s most persistent inquirers.

My philosophy is influenced by the work of John Dewey, whose major philosophical contribution to the teaching experience includes the notion that learning is a kind of trajectory for the mind, that arrival at a point of knowledge is not as important as the process of transformation itself. A classroom that facilitates this continued intellectual growth would be buffered by the use of small sub-groups, supplemented by teacher- instruction as needed. This layout is viewed by some to be optimal in preserving student cultural identities (Au, 2006). This would also be accompanied by the use of  subgroups organized with respect to levels of thinking. Higher level thinkers would be placed with students who struggle, so as to give the latter a cognitive level to reach for. More advanced-level thinkers would rely on teacher instruction and dialogue to ensure equally stimulating cognitive development.

Dewey was stern on the fact that students must show continued intellectual maturity. In fact, I would not put it past the teacher to offer “maturity over time” as a necessary requirement to complete the course. Assessments would measure not just the retention of information, but the relative improvement of the student with respect to previous assessments.

The general idea behind this philosophy is that students are given instruction, simultaneous with small group conversation. Bransford, J, et. al. (2000) suggest that the combination of the two will produce a balanced incorporation of student-led inquiry, with teacher instruction when needed.

Because of this intention, the entire classroom is arranged to support small-group conversation, with the teacher mobile, and no clear direction to the “front” of the classroom. The picture to the left best illustrates what a classroom like this might look like. The classroom is comprised of up to five groups of six students, with chairs evenly placed around a table surface.  The picture to the left illustrates what a classroom with this sort of arrangement might look like, with the obvious exception being more chairs in my model. From the moment students enter the classroom, they are made aware of the fact that the teacher is not the predominant source of information. This is exhibited by the placement of the teacher’s desk in some distant corner of the room.

Students would be arranged in groups of four or five, and situated at round tables so as to encourage conversation. Groups would be arranged with respect to three levels of cognitive development: one Level 3 student, one student at a Level 2, and two or three level 1 thinkers. The idea here is that Level 3 students will be able to provide an adequate degree of peer-to-peer instruction, thus maximizing upon what Vygotsky calls the Zone of Proximal Development (ZPD), that is, the distance between the student’s level of cognition and the instruction provided to him by the instructor.

The students chosen for this project are listed in the tables below, with their corresponding GPA scores. GPA does not give us a comprehensive view of learning potential., but for our purposes it serves as a general indicator of student performance. Students with a noticeably higher GPA will tend to do better than those students whose GPA scores are significantly lower. I also like the fact that we have minorities mixed with caucasian. Such an arrangement will aid students in the process of communicating cross-culturally.

Class time would be split into two parts. The first part would include a formal presentation by the instructor, providing a necessary vocabulary, or an overview of the major themes to be carried into memory, etc. The second part would include a concentrated discussion of small groups, separated out according to the formula above. Each of these sections would occupy about half of the class. The purpose would be to first collect information necessary for discussion, and then follow this presentation with exercises that enable the student to practice the language of the concept (i.e. vocabulary terms, basic concepts and themes). The arrangement of the room into groups of five or six, combined with the location of the teacher’s desk in the distant corner, should give us some clear notion of where the teacher stands. And although the teacher is located in the periphery of the educational experience, he is meanwhile assessing the growth of his students by listening into sub-group conversations. 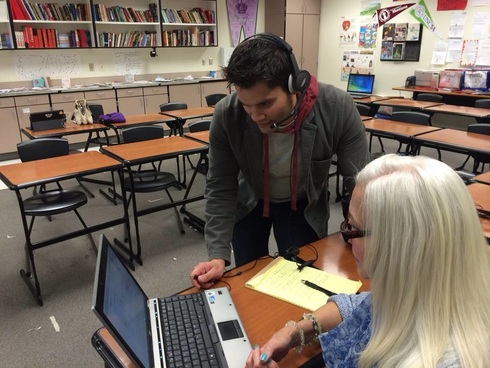 The notion of designing assignments for a class is actually quite daunting. Because so much of the curriculum is student-based, we should expect to see the general pace of the classroom localized to each table. Assignments will include group discussion and answer, with periodic assignments that place the attention on individuals. Each group should have its own personality, and work should be curtailed to accommodate those differences.

​Assessment in this model would require the ability of the teacher to go around the room while students are discussing an idea. Students will be graded based on how often they participate, how well they perceive of and use the terms introduced to them during the lecture prior  to it. This community depends on the notion that inquiry-based learning is the highest form of cognitive development. Students will be encouraged to find the answer to a problem, and then go further to explore new levels of knowledge.​
Bibliography.